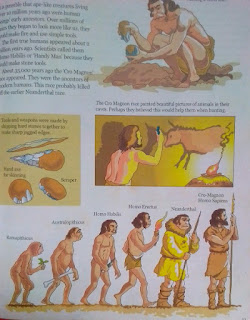 DIFFERENCES BETWEEN SEXUAL AND ASEXUAL REPRODUCTION

The characteristics of sexual reproduction 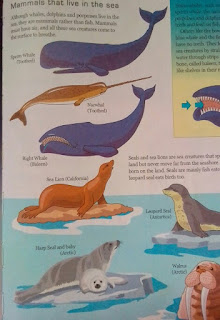 The characteristics of asexual reproduction

Types of asexual reproduction in animals

There are so many types asexual form of reproduction that can be found in animals. These are as follows
i. Binary fission====Amoeba and paramecium
ii. Budding===Hydra and Obelia
iii. Sporulation===Amoaba
iv. Parthenogenesis===Aphids and Honey bee
v. Schizogony===Plasmodium/Merozoides
vi. Fragmentation===Planaria/Sponges/Hydroid Coelentetrate

Binary fission is a type of asexual reproduction in unicellular organisms in which a single cell-parent divides into two or more equal parts by mitosis type of cell division to produce two or more new daughter cells. This can be seen in protozoa like Amoeba, paramecium and bacteria
2.

Spore are asexual reproductive units formed by some lower organisms especially fungi, e.g. Rhyzopus, which produces numerous spores in sporangia that are borne at the ends of upright hyphae called sporangiosphores. When the sporangia becomes mature, they burst and the spores are dispersed by the wind. If the spores falls on a suitable substance, it germinates and gives rise to a new MYCELIUM

USE OF MODIFIED UNDERGROUND STEM

THE USE OF FLESHY LEAVES

This type of natural vegetative reproduction involves the use of some fleshy leaves of some plants to produce new individual e.g. Bryophyllum

Artificial vegetative reproduction involves the use of intelligence by man to grow new plant from cut portion of the vegetative body of an older plant.
Artificial vegetative propagation can be carried out by cutting, layering, budding, grafting and marcotting. Very quickly let’s treat each them one after another
1.

When parts of a plant are cut into portions and planted to in order to produce new plants, such cut portions are called cuttings. Cuttings may come from leaves or stems which solely depends on the types of plant that is been propagated. Plants whose stems produces roots easily are propagated by stem cutting.
Such stem must have two nodes close to the end which will be inserted into the ground. An example of plant that can be propagated by the stem cuttings are cassava, hibiscus, sugar-cane, cocoa, cola and sweet potato

Layering types vegetative propagation happens majorly when a branch or shoot growing near the ground is bent over so that one or two of the nodes could touch the ground. Then a slit is made on the node, and the branch pegged to secure it in place. The nodes are then covered with soil. The adventitious roots will then grow out from the node.
When the roots are well established, the stem is then severed from the parent plant and transplanted to the field to become a new plant. Examples of plant that are propagated through layering are tomato, cocoa, cola and coffee

Budding as a type of vegetative propagation of plants is a skilled technique used when plants do not easily grow from cuttings. Here a bud is cut from a matured plant branch. Attached to the bud is a flat, shield-shaped piece of stem. The stem piece and bud is called the scion
An inverted t-shapes cut is made on another bark of a desirable characteristics called the STOCK and the edges of the cuts are turned back to expose the cambium.
The scion is then inserted into the stock and the two are bonded into position. The joint should be made water proof by the use of polyethylene tape leaving the actual bud exposed. If the stock bonds successfully with the bud, then in about two to three weeks it should begin to develop new shoot.
The top shoot above the union is cut off while all branches below the scion are carefully removed. When fully developed, the budded plant is carefully transplanted to its permanent site

Plants easily propagated from or by grafting is mainly the Citrus, e.g. orange, grape, tangerine etc.

Marcotting as a types of vegetative means of propagation, the roots grow from the part of a branch in which a string of the tissue has been removed. This branch can then grow into a new plant.
Plants usually propagated by Marcotting include garden shrubs, mango tree and lemon

ADVANTAGES OF VEGETATIVE PROPAGATION OF PLANTS

I. YOUNG PLANTS USES FOOD RESERVES OF THE PARENT AS IT BECOMES EASILY ESTABLISHED
II. Growth in the young plant is rapid since there is no resting period
III. Only one parent is needed
IV. Offspring are identical to parents
V. Offspring mature more rapidly
VI. Plants are less susceptible to adverse weather condition
VII. Plants that do not produce seed are therefore propagated vegetatively


DISADVANTAGES OF VEGETATIVE PROPAGFATION OF PLANTS

A typical example of this is the process whereby a man and his wife will combine, mate and give birth to a new born baby.

There majorly two types of sexual reproduction, they are
i. Conjugation
ii. Fusion of gametes

Conjugation is the simplest form of se4xual reproduction which occurs in some lower animals like mucor, Rhizopus, paramecium and spirogyra
Conjugation is a process by which nuclear materials are passed from cell to another.
In spirogyra for example, conjugation starts with two filaments called conjugants coming together to lie side by side. Lateral outgrowth starts to grow or develop opposite each other from opposite cell in the two filaments. The outgrowth meets and the separating walls dissolves to form a continuous channel called conjugation tube. Meanwhile, the cytoplasm of each cell shrinks away from the cell walls and round up to form a gamete.

One of the gametes regarded as the male migrates through the conjugation tube into the other cell. The cytoplasm of each cells fuse, the nuclei also fuse and a zygote is formed. After sometimes the zygote or the zygosphere will germinate and a new filament is formed

FERTILIZATION- THE FUSION OF GAMETES


In higher animals, these gametes are formed in special organs called gonads.
The male gametes called spermatozoa or simply sperm are produce in the testes by a meiotic cell division called spermatogenesis. In like fashion, the female which is known as ova or eggs are produced in the ovary also by a meiotic cell division called oogenesis.
These male and female gametes are brought together during mating and they unite together by a process of fertilization to form a diploid zygote which later develops into a new organism

In higher plants, male and female gametes are also produced.
The flowers are the reproductive unit in plants. The male gametes called pollen grains are produced by the anthers while the female gametes called ovules are produced by the ovary of the flower. The pollen grains and the ovules must fused together fertilization to form a zygote.
After the fertilization, the ovules forms the seed while the ovary forms or becomes the fruit. Read here* details of about male and female reproductive systems

THE ADVANTAGES OF SEXUAL REPRODUCTION