MODES OF NUTRITION AND TYPES OF PARASITIC NUTRITION

AUTOTROPHIC MODE OF NUTRITION
Here, let’s treat the autotrophic nutrition. The definition of autotrophic mode of nutrition. The word auto and trophic is in the sense that auto means anything that can initiate its own activities without being pushed by external force. 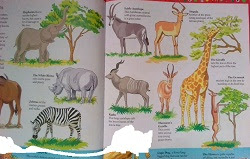 Holophytic nutrition is the type of nutrition in which all green plants are able to manufacture their own food making use of carbon dioxide and water in the presence of sunlight.
This is called Photosynthesis. So what then is this photosynthesis?

Photosynthesis is a process whereby green plants makes their own food using carbon dioxide in the presence and water.
Green plants derive the energy for making this food from the sunlight.

This energy is usually trapped by chlorophyll.
Examples of organisms that can carry out or exhibit photosynthetic nutrition are all green plants such as flowering plants, spirogyra, Euglena, blue-green algae etc.

Chemosynthetic nutrition is another mode of nutrition in which certain bacteria are able to synthesize organic compounds from simple inorganic materials such as carbon (IV) oxide, ammonia, water or nitrate to manufacture their food.
The energy used for the synthesis comes from the oxidation of the inorganic materials or chemicals, hence the process is called CHEMOSYNTHESIS. A typical examples of this mode of nutrition are
i. Nitrosomonas===this converts ammonia to nitrate
ii. Nitrobacter==this converts nitrites to nitrate 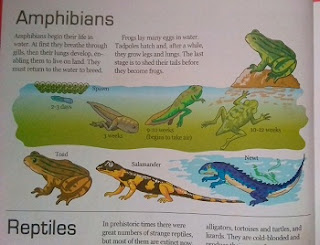 Most animals, protozoan, fungi and some bacteria belongs to this group.
Heterotrophic nutrition is also sub-divided into the following group or types. Though nutrition is a little deep but with patience as I dig deep into the subject of nutrition below you will understand the totality of nutrition and its various sub-groups


i. HOLOZOIC NUTRITION
Holozoic nutrition involves the feeding on other organisms or solid organic substances synthesized by green plants.
The organisms ingest, digest and assimilate these food into their bodies. Typical examples of organisms that exhibits this type of nutrition are as follows
1. Carnivores, animals like Cat, Lions, dogs and all other animals that feed on flesh
2. Herbivores, like sheep, goats and rabbits that feed on grasses and plants
3. Omnivores, like man and pigs. This type of animals feed on flesh, vegetables or plants
4. Scavengers, animals in this group are vulture and hyena which feed on dead animals

PARASITISM is an association between two organisms, usually of different species in which one is called the parasite gains from the association and the other called the HOST is harmed or suffer loss.
Examples of parasites are

ANIMAL PARASITES ARE CLASSIFIED AS ENDO-PARASITE AND ECTO-PARASITE, WHICH ARE AS FOLLOWS 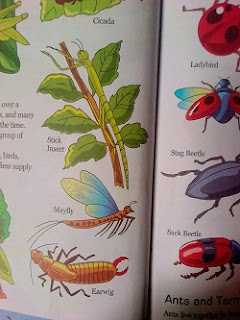 Ecto-parasite are parasites which live on the body of their hosts. In other words, they live outside the body of their host from where they derive their food and shelter.
Examples ecto-parasite are flea, body louse, bed bug, tick, aphid and lice. Bed bugs usually infest man at homes. They can easily spread from one person to another-bed bugs
Lice and fleas can be found on cattle and any other animals.
Tick mostly infest cattle and dogs.

Aphids and cotton stainer are Ecto-parasite of plants


iii. ENDOPARASITES
What is endoparasites? Endoparasites are parasites which live in the body of the hosts such as man and other animals. Examples of endoparasites are
1. TAPEWORM (TAENIA SOLIUM): Tapeworm is associated with pigs which are the secondary host and man which is the primary host.
It has a body that is flattened tape-like. The head of a tapeworm is called scolex on which are the Restellum, hook and sucker which enable it to fasten itself to the intestine of the host. It also has a body cuticle which resists digestive enzymes of the host. Tapeworm has a flat body surface which ensures a large surface area for absorption of already digested food.
The entire body of the tapeworm consists of numerous proglottids which aids the absorption of digested food from its host.
2. LIVER FLUKE (FASCIOLA HEPATICA) the liver fluke is small type of endoparasites associated with sheep. It is common with the liver of the sheep
3. FILARIA WORM (WUCHERARIA BANCROFTI): filaria worm is a type of endoparasites associated with cattle, sheep and goat. It causes elephantiasis
4. ROUNDWORM (ASCARIS LUMBRICOIDES): roundworms are a type of endoparasites associated with or commonly found in the alimentary canal of human beings and pigs. It deprives its host of food which it eats
5. GUINEA WORM (Dracunculus medinensis): the guinea worm is an endoparasites commonly found in the subcutaneous tissues from which it pushes out its head through a blister caused by it on the foot or leg of its host.


The following are related link and posts to this topic