Ranching and Management of Cattle

The management of cattle from breeding to market size can be grouped into three phases:
(a) From breeding to calving;
(b) From birth of calf to weaning
(c) from weaning to finishing (market size).
(a) Breeding to Calving or Birth: 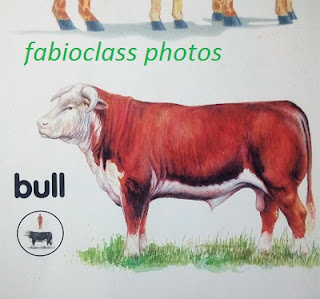 Breeders (bulls and heifer or cow) are housed in the breeder houses made of railed walls, concrete floors and galvanized roofing sheets. Bulls and heifers should be at least 24 months old before they are bred. Prior to mating, the heifer or cow should be properly fed on concentrate as well as on roughages such as grasses. The bull is brought to mate or serve the cow when it is on heat. The gestation period for cattle is about 283 days. During the gestation period, the cow is allowed to feed in the ranch in order to take some exercises. About eight weeks to parturition (calving), the cow is put on a special (rich) diet to set all her organs in good order for milk production after birth. This special system is called steaming up.


Constipation should be avoided by giving the animal plenty of roughages and bran in the diet. The cow is separated from the rest of the herd and is taken to calving pen a week to calving. Adequate sanitation, comfortable beddings and clean water must be provided. At calving, the cow should not be disturbed. The cow normally stands while calving without any difficulty.

(b) Birth of Calf to Weaning: As soon as the calf is born, the mucus membrane should be wiped off from the nostril to facilitate normal breathing of the calf. The cord from the navel should be allowed to break on its own. The cow should also be allowed to lick up the mucus membrane on the calf body as the cow derives satisfaction from it. It also stimulates the cow’s circulatory system and milk letdown. A tincture of iodine solution should be applied to the navel stump to prevent infection. The calf should be helped to take milk from the teat of the cow. This milk called colostrum should be taken for the first three days because colostrum provides (antibodies) immunity to the calf. It is also rich in proteins, minerals and vitamins.


If the farmer’s aim is to produce beef cattle, the calf is allowed to follow the dam and suckle it without restriction. The calf is left with the dam until the weaning time (six months). During this period, the calf is vaccinated against diseases like foot and mouth disease, rinderpest, anthrax, etc. The calf is also dewormed at regular intervals.
Another calf management is castration of the bull calf that is not going to be used for breeding. This helps to control indiscriminate mating. The calf is finally weaned and is separated from its mother when it is about six months of age.


(c) Weaning to Finishing or Market Size: The calf just separated from the dam can now feed on concentrate feed as well as roughages (grasses) on its own. The calf is ‘also housed separately from the older cattle but in different building of the same design. However, semi-intensive system is the best method of rearing the calf till market size.
One other operation that can be performed on the calf is dehorning or disbudding.

Disbudding is the removal of the horn. Its advantages include: easy management of the cattle when they grow up as it reduces the risk of damage which horns can cause to the hides of animal, It also makes it safer to handle animal when inoculating or deworming. This can be done either by using a hot iron to burn out the horn bud, by applying caustic soda to the horn bud, or use of saw to cut it off if it is allowed to fully grow and later treat with iodine solution.
Another operation on the calf is branding or tattooing. Branding is done for the identification of the calf. This can be done by using hot iron to mark numbers on the animal skin, especially on the cheek or on the forelegs below the shank.

Tattooing is a practice whereby numerals and letters are formed from metal pins which are then pressed onto the ears of the animals. Both branding and tattooing are different methods that can be used for the identification of the cattle. Ear notching (small cuttings) on the ear can also be used for identification.

In order to achieve early market weight or size, the calf can be fattened up by placing it on a special diet of high concentrates and low roughages with restricted movement within the building, and by maintaining a high level of sanitation and health care through regular vaccination, deworming and dipping to control diseases and parasites.