HISTORICAL DEV. OF AGRICULTURE IN NIGERIA

HISTORICAL DEVELOPMENT OF AGRICULTURE IN NIGERIA

Objectives: Students should be able to: 1. Trace the development of agriculture from early man stage to date, with particular reference to Nigeria. 1. The pre-Independence (colonial) period. 2. The post independence period.

The beginning of agricultural activities in Nigeria dated back to 1893 when the Department of Botanical Research was established at >>>>>> near Abeokuta in the present Ogun State. This reformation of the eight Department of Government by Sir Claude McDonald. The Department of Botany was not only interested in Botany, but also in forest and agriculture matters In 1905, the British Cotton Growers' Association's 10.35 sq.km of land at a site near Ibadan. This later become Moore Plantation, Ibadan, 'named after Mr. R. E. Moore, who was in charge of Southern Protectorate of Nigeria The initial purpose of Moore Plantation was the production Cotton for British Textile Industry, but it failed due to poor feasibility study. The plantation then became the headquarter Department of Agriculture in Southern Nigeria. In 1910

an agricultural experimental station was located al Moore Plantation. In 1912, Lord Lugard established a Department of Agriculture in northern Nigeria. Later, in 1921, after the amalgamation of the Southern and Northern Protectorates in 1914, the Southern and Northern Departments of Agriculture were merged under the Directorship of O. T. Faulkner. The Department had the following objectives: (a) Experimental production of export crops (b) Improvement and maintenance of soil fertility (c) Efficient marketing of agricultural produce (d) Introduction of agricultural education for Nigerians, and (e) Establishment of extension service. Following this, two schools of agriculture were established: one in Samaru. Zaria. and the other at Moore Plantation. Demonstration farms were also established in different parts of the region, though they failed to yield the desired goals and so faded out. In 1948. There was an ordinance which consolidated all agricultural policies and regulations as laid down by Faulkner. The policy continued until 1954 when the regional ministries of agriculture were established, following the creation of the regions. Between 1954-1955, a School of Agriculture was established at Umudike. Umuahia (Abia State) to serve the then Eastern Region.

This began in 1960. It marked an era of extensive planning in agriculture with emphasis on export crops such as groundnuts, rubber, cocoa and oil palm. With the a creation of 12 states, 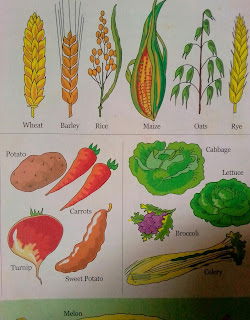 With the decline of oil income and the emergence of austerity measures, efforts were then directed towards increasing the production of food and export crops in Nigeria. Subsequent governments have therefore come out with different agricultural policies and programmes aimed at boosting the level of agricultural production. Thus, we have: 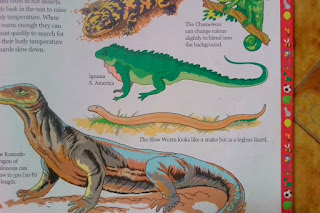 (i) Operation Feed the Nation (OFN) of 1976 (ii) Green Revolution of 1980. There is also the Agricultural Development Projects (ADP) established during the third National Development Plan period (1975-1980) and many others such as School to Land (Rivers State), and Communal Farms of the former Bendel State.

AGRICULTURAL LAWS AND REFORMS, LAND TENURE SYSTEM IN NIGERIA Land tenure is defined as the system of land ownership or acquisition by indiv...