TYPES OF RESPONSE OR IRRITABILITY


How living things respond to its environment

One of the characteristics of a living thing is responding to stimuli. All living thing are capable of responding to internal and external stimuli. The ability to do this is called irritability or sensitivity. Through this means, plants and animals are able to detect and respond to changes in their environment.
So irritability is one of the basic characteristics of living organisms.

OR IRRITABILITY
Animals responds to irritability quicker than plan does to external changes to or in their environment. Here it is worthy of note that only a part of plant respond to stimuli while the animals responds through their whole body.
Organs of higher animals that respond to stimuli are
1. Flowers
2. Leaf
3. Root
4. Stem
5. Tendril
There three major types of responses. These are
i. Tactic
ii. Nastic
iii. Tropic movements

this is the movement of organisms in response to temperature change or heat. Example is a snail moving from hot region to a cold region. And this is known as negative Thermotaxis

Phototaxis is the movement in response to light stimuli by organisms. It is the source of light to organisms. E.g. Euglena moving away from sunlight.

Hydrotaxis is the response of the whole organism in response to water or humidity, example is the woodlouse moving towards areas of high humidity

Chemotaxis is the movement of organism in response to a chemical stimuli. Example is Amoeba and Paramecium moving away from chemicals

WHAT IS NASTISM?
WHAT IS NASTIC MOVEMENTS?
Nastism is a type of response in which a part of a plant moves in a non-directional stimuli such as changes in light density,
The respond movement is also non-directional. Examples of Nastic movements are as follows
i. Closing of the morning glory flower when the light intensity is low
ii. Petals of sun flower which opens in the light and closes in the dark
iii. The folding of the leaflets of the Mimosa plant when it is touches
iv. The closing of the leaflets of the Flamboyant tree. That is sleeping movement due to low light intensity.

Names of stimuli, names of response and examples of it

Here are the various ways or major

There are so many environmental factors that evokes response in living organisms. They are but limited to the following,
i. Light
ii. Water
iii. Gravity
iv. Temperature and
v. PH

The factors effects plants and animals in so many ways. Worthy of note is that equal exposure of plant (CELL) to light diffuses their hormones equally and this makes the growth of plants upward and upright.
Therefore placing a plant in a horizontal position causes an unequal diffusion of hormones. This will make the shoot negatively geotropic by growing upwards. So if a p0lant is starved of adequate light, it tends to respond to any source of light available. The shoot will then respond positively to the source of light while the root will respond negatively.
Invariably the smaller plants in an attempt to get light from the top, automatically grows taller. And so this type of Growth response is called AETIOLATION

ROLES OF AUXINS IN GROWTH MOVEMENT

Auxin is the best known amongst plant hormones. They control tropism by stimulating growth in roots and shoots.
Auxins are produce by the cells in the shoots from where they diffuse to the growing regions. For example, Auxins influence phototropic movements in plants in the flowing ways
i. Auxins are produces at the tip of the shoot.
ii. Auxins diffuse or migrate to growing areas of the plants
iii. The shoot of plants will definitely grow straight as long as there is equal concentration of light and Auxins in all sides
iv. Unilateral illumination of the shoot causes the Auxin to the sides of the shoot moving away from light
v. The increase in the number of Auxin in a particular area makes growth faster
vi. This eventually causes a curvature or bending towards the source of the light thereby resulting in positive Phototropism 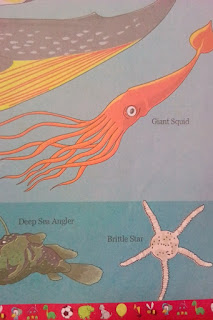 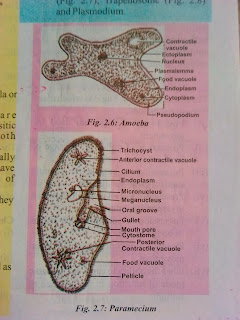 MOVEMENT OF THE CELL

Movement is the ability of living organisms to move from one place to another. Reasons for movement of cell or living organisms are so many but I will like to write on a few of the following.
i. Searching for food
ii. Escape from danger
iii. Positive and negative response to stimuli
iv. For reproduction sake
All organisms that can move from place to place are equipped with various organelles or Organs and other mechanism for movement

WHAT IS THE MEANING OF CYCLOSIS?
So what is Cyclosis? Cyclosis is the circulation of protoplasm in cells.
Cyclosis occurs in protozoa organisms like Amoeba, and it is generally known as amoeboid movement.
Amoeboid movement is aided by a mechanism called cytoplasmic streaming. It involves the principle of gel-sol conversion of cytoplasm i.e. the varying of the viscosity of cytoplasm and the accompanying fluid pressure at different points within the cell membrane

Movement in amoeba is accompanied by a continuous streaming of the cytoplasm in a forward direction.
This movement is accompanied by the locomotion of the whole cell. In the forward direction, the central plasma sol is converted to plasma gel which remain attached to the inner wall of the plasma membrane but at another point the gel is reconverted in to a sol thereby creating what is called pseudopodium in front and the driving force from behind

TYPES OF ORGANELLES FOR MOVEMENT

There are various types of organelles or organs used by cellular organisms for movement. Organelles which causes movement affecting the whole cells and leading to cellular locomotion in organisms like paramecium, Chlamydomonas and Euglena are flagella and cilia

What is a flagella?

Flagella are long whip-like projections on the cell surface. They are usually one or two on a cell.
Organisms that moves with the aid of a flagella or possess flagella for movement are as follows
1. TRYPONOSOME
2. CHLAMYDOMONAS
3. SPERMATOZOA
Singular-flagellum
Plural-flagella